I’ve been a musician my whole life (or close to it), but when I started to get involved in the music business side of things, amongst all the talk of singles and mixtapes and albums and copyrights, clearing samples, marketing demos, it all got a little bit too confusing.

As much as I had wished I was music business savvy, at the time I had no idea what I didn’t know when someone mentioned LP vs EP. It took years of studying for me to fully understand the music business and after being in this industry for years I can comfortably say there is a main difference between Ep and LP music.

So instead of letting you pretend you know what it means for a couple of years before someone breaks the news, I’ll leave the suspense to the film composers.

In this post, we’ll be discussing all of the differences you could hope to know about EPs vs LPs  and a bit of a history lesson dating back to the days of pressed vinyl records. Let’s get right down to it. 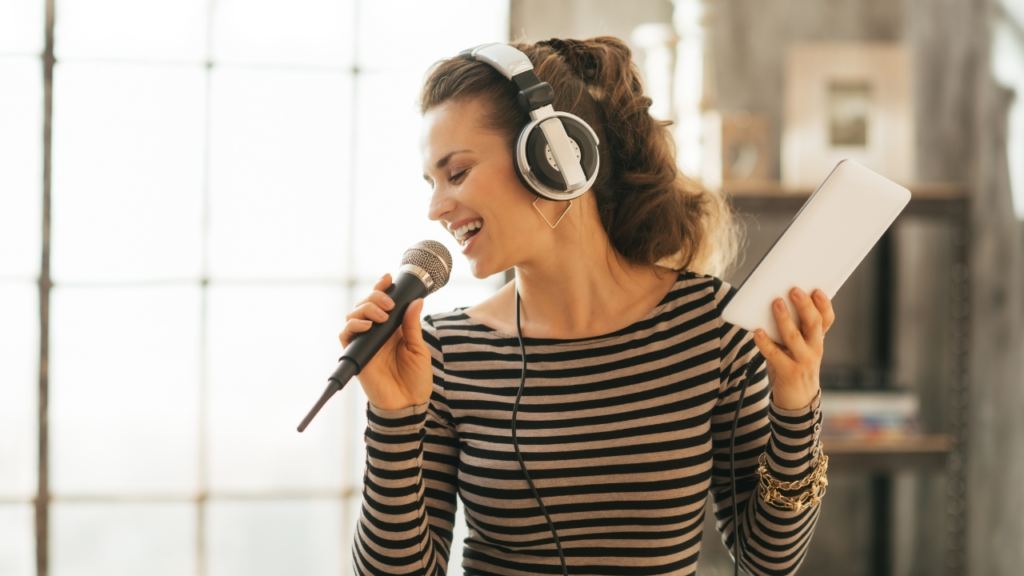 We’ll start with the basics. LP stands for Long Play. According to americanhistorynow.org, LPs are called this because the first Long Play record was a vinyl record created in 1930 by the RCA Victor record company.

However, their venture to make multi-song records ultimately failed, until Peter Goldmark at Columbia records made a vinyl record that could play up to 21 minutes of music on both sides and measured 12 inches, played at 331/3 rpm. Yes, we know it’s not more than your middle school iPod shuffle, but still, impressive for the time.

What is an LP?

“Still, what is a Long Play record?” Today, as vinyl is not nearly as popular as digital music streaming and downloads, the term LP refers to any album that has more songs than an EP (we’ll get to EPs in a second).

How long is an LP?

Well, how long is an LP exactly? The jury is still out on that. Some artists say at least 8-10 songs have to be on an album, while some other artists, namely the people at marshall.com, say you can typically get away with naming 20 or more songs an LP (this is because some musicians argue that an LP must be longer than both a “regular album” and an EP). For our purposes, LP and album are the same things, and we’ll call it even at 8 tracks or more.

Here we are finally, in the land of EP, or Extended Play records.  An EP is any record that is longer than a single song release, but shorter than an LP/album.

What is an EP? 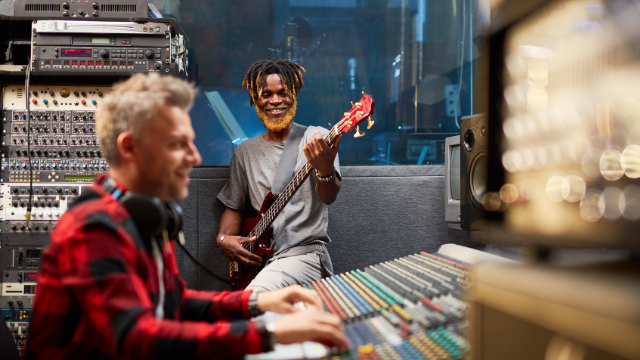 The EP originated as a competing product to Columbia Records’ LP, made by RCA Victor Records (If you can’t tell, these were the two companies that started the whole “LP vs EP” debate). This 10 inch record spun at 45rpm and played about 7.5 minutes of audio on each side, according to ledgernote.com.

I know what you’re about to ask, so I’ll do it for you. “Can an EP have 9 songs?” No, your next “EP” cannot have 9 songs on it, because it would count as a Long Play record. Generally, an EP can have about 2 to 6 songs on it.

Can an EP have a single?

So while you can’t make your Extended Extended Play dreams come true, there aren’t many other guidelines you have to follow. If you’ve already released your hit single and would like to put it in your next EP, go ahead! There haven’t been any rules made against it, yet. Go ahead and put out a single from your project to create buzz ahead of the full EP.

How long is an EP vs LP?

“How long is an EP vs LP?” you might ask. 2 to 6 songs, and you’re generally gonna call that an EP. Anything with 8 or more songs and you’re venturing into LP territory. You may also ask, “what about a record with 7 songs on it?” Well, just don’t do it.

Why do artists release EPs?

“Why do artists release EPs?” You might want to release an EP for a variety of reasons. You could want to create buzz around your brand and get more people interested in your music. You could be getting ready to go on your next world tour and want to use an EP to promote it. Or, you just want to keep your audience entertained while working on your big album..ahem… LP.

EPs are also less expensive to make vs LPs, mainly because of length. So you might want to consider releasing an EP first vs an LP, especially if you’re an independent music artist looking to release a project that won’t send you busking for funds. According to Ledgernote.com, you can also release an EP if there were songs you wanted to release that you weren’t able to fit into your latest LP project, due to theme or length.

What’s the difference between an LP and EP?

“One last time, what’s the difference between an LP and EP?”

At first glance, the waters between EP and LP can be a bit… murky. But let’s break it down one Last time. An Extended Play record is anywhere from about 2 to 6 songs. Anything longer than that, and it looks like a Long Play record in our book.

However, some streaming services use a slightly different book. According to promuscicianhub.com, an EP on Spotify is an album with 4 to 6 tracks, with a maximum total playing time of 30 minutes. For apple music, an EP can be either 1 to 3 tracks with one track exceeding 10 minutes or 4 to 6 tracks that also have a maximum total playtime of 30 minutes.

Why Is The Difference Between Ep and LP Important?

Back in the day Eps serve as more of a promotional form of music for artists. Many record labels would use them to highlight their artist’s albums. In addition to singles were often put out as Ep as well.

In the present day, it’s very popular for EP’s to make up the whole song by an artist and come out in different formats.

However, with LPs, they were more thought out and didn’t have much added to them once they were released. The record labels and artists had to brainstorm heavily about the lengths of Lps to maximize exposure.

Now that you’re hopefully a bit more informed about the LP vs EP situation, you can use this knowledge to your advantage and be more purposeful when packaging your music as an artist. An LP is a long-playing vinyl record and an EP is an extended play vinyl record, CD, or digital download.

Have a small passion project that’s a little different from the material in the album you’re working on? There’s your chance to make your first EP. You are in need of a bit more excitement in your fanbase before you dazzle the world with your next big project? EP.

Keep information like this in your back pocket, in order to save time and money, and to be able to advertise yourself as an artist more effectively.